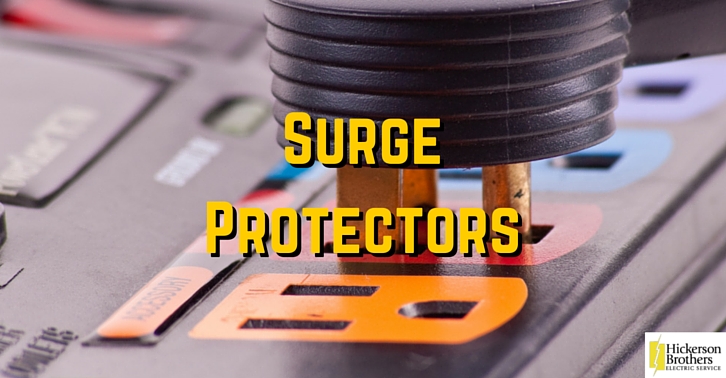 Whenever we set up expensive electronics (we’re talking about media centers, game stations, and computers) part of the setup involves a quick run to an electronics store for a power strip with a surge protector.Â  If you’re feeling really fancy, it’s likely that you’ll spring for a combination battery-backup and surge protector.Â  Of course, these devices are to protect all of expensive electronics in your home from power-grid surge events, lightning storms, and general electrical trouble on a day-to-day basis.Â  But they may not work in quite the manner you expect.Â  Let’s break it down a bit.

When you buy a power strip, many of them come with a power reset switch that’s not dissimilar from a GFCI reset button.Â  To be clear, GFCIs and surge protectors are very different in function.Â  GFCIs are to protect you and your home while a surge protector helps divert or stop a sudden surge caused by an increase in current draw.

Here’s the thing about power-strip surge protectors: they aren’t designed to protect your devices from major grid events or lightning strikes.Â  The surge protectors in these power strips are very simple and can only handle so much current before the redirects inside them burn out and allow energy to pass directly through.Â  They’re designed to handle the startup current draw of devices as they’re turned on.Â  When a device powers on, it’s startup current is higher than the current draw of operation.Â  In some systems, this current draw can be high enough to damage devices so the surge protector defends against this initial draw.

When there’s a power outage on your block or a severe thunderstorm, the best defense is to unplug everything from wall outlets.Â  But sudden storms while you’re away, a forgotten device, or simple necessity for devices during storms can lead to damage when surges hit your home.Â  That initial surge current from starting devices is much higher when power is restored to your block.Â  Rather than surge current being limited to a single device, your entire home is hit with the sudden drain off all your powered devices as the electrical grid is restored.Â  Most surge protectors aren’t designed to deal with that load when too many devices are plugged in.Â  Whole-home surge protectors are rated for that, however.

In the same way, the most energetic release of electricity we know of is a bolt of lightning.Â  Power strips aren’t designed to handle the surge from a lightning strike.Â  If you’re trusting to a power strip, then you may find yourself dealing with huge replacement costs the first time an electrical strike hits a power line near your home.Â  The saddest part is that having a home-surge protector installed is fairly simple and inexpensive.Â  The devices aren’t all that different from a power strip, but they are designed to handle to the high loads generated by power surges.Â  If you haven’t already upgraded your home to include a central surge protector, you should do so straight away!